Gemwars is an epic combination of a block collapsing puzzle genre and a turn based strategy game in which you will play against computer (artificial intelligence) in 40 levels of increasing difficulty! Can you beat all the opponents? Collect MANA & use various magic and spells on your way! Note: After the first introducing "easy" levels you will stand against a real smart artificial intelligence! You will have to think strategically and combine breaking gems with using magic & spells to win the battle! This is a free to play version of the game. FEATURES * Turn based puzzle strategy game with hours of gameplay * 40 levels of increasing difficulty + EXTRA survival levels * 9 spells + other upgrades * Increasing intelligence of the artificial intelligence * Detailed game stats * Saved progress after each battle - you can continue later by clicking LOAD GAME button in the main menu * Epic soundtrack made for Gemwars game * Free to play HOW TO PLAY: * Tap on a group of 2 or more same types of gems to destroy them! There is shown a DAMAGE GEM at the top of the screen - it shows a color of the gem, that causes damage to the enemy! Other colors give you corresponding MANA points or coins, you can use these coins after each battle to buy new spells and other upgrades! Defeat your enemy before he gets you! (Please review detailed instructions included in a HOW TO PLAY section of the game) Thank you for choosing our game Gemwars! If you like the game and want to support it, please rate it! 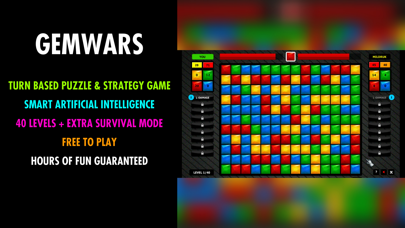 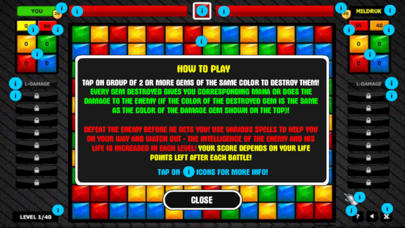 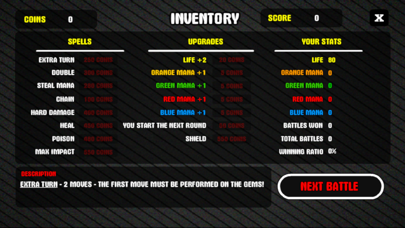 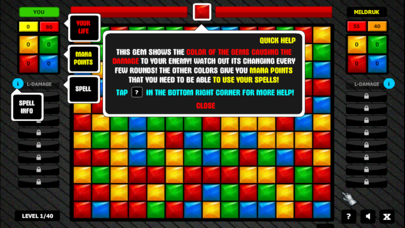 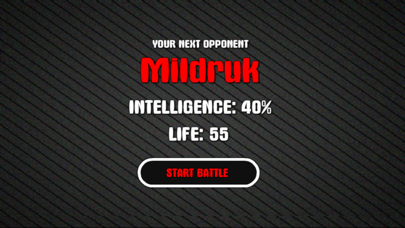 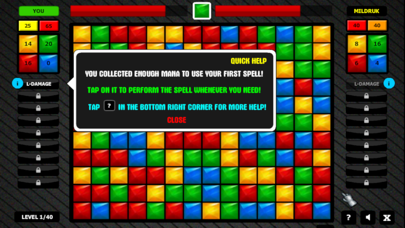 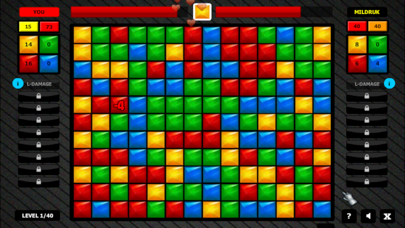