Ice Cream Mixer: Shark Games is a game where the sun is trying to help the hungry sharks reach the ice cream found throughout the various islands. In this game, you have the ability to fire sun rays at the ice that is preventing the rainbow sharks from reaching the ice cream. The controls are very simple. Simply tap where you would like to shoot to fire, or tap and hold before firing in order to aim. Each shot is able to bounce on walls, but you are only given a limited number of shots per level (usually 3), so you must aim carefully! The goal of the game is to get every ice cream cone down to sea level in order to feed all of the hungry sharks in the level.  Each level of the game increases in difficulty and introduces new game mechanics, such as various colors of candy gems and crystals (Red, Blue, and Yellow) that can alter the color of your shot and can be mixed in order to create new rainbow colors. This can be used in order to educate the player on how to mix primary colors. The ice cream cones also come in a mixture of different flavors, such as Cherry (red), Blueberry (blue), Lemon (yellow), Grape (purple), Apple (Green), Orange, Brown (Chocolate), White (Vanilla), and Rainbow pixel (all colors)! Other challenging physics game mechanics include Super Boulders, Black Holes, sky high Water Falls, Rocks, ice tracks (for launching off boulders and ice cream), etc. Each level increases in difficulty for an endlessly entertaining adventure that all ages will enjoy! - 50 LEVELS OF RAINBOW SHARK MADNESS! - This game contains 50 challenging physics puzzles that range from very easy, to seemingly impossible in difficulty! - CHALLENGE YOUR FRIENDS - Ice Cream Mixer: Shark Games has a Game Center Leaderboard that allows you to post your high scores. Challenge your friends and work together to become the top ice breakers on the Leaderboards. - COLLECT THREE STARS - Each level contains three stars that you can collect for bonus points! - ACHIEVEMENTS - Ice Cream Mixer: Shark Games has 4 Game Center Achievements. One for completing Levels 1 through 25, one for completing Levels 26 through 50, one for collecting 3 stars in 25 Levels (75 totals stars for 25 levels), and the last one is for collecting all 150 stars. Who will complete them first?! If you would like to try this game before you buy it, please check out Ice Cream Mixer: Shark Games LITE (“L” Version). Ice Cream Mixer: Shark Games (as opposed to Ice Cream Mixer: Shark Games LITE) gives you access to all 50 levels, and immediately unlocks level 26 if you would like to start from there. In addition, this version also contains no Ads in between levels and can be played continuously without interruption. However, the player still has the option to watch an Ad in exchange for an extra shot or the ability to skip a level, but it is not required to complete the game. Please Rate and leave Reviews for this game, so that we can continue to improve on it in the future. Have fun! 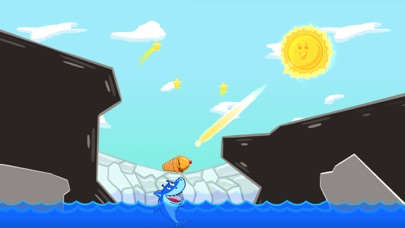 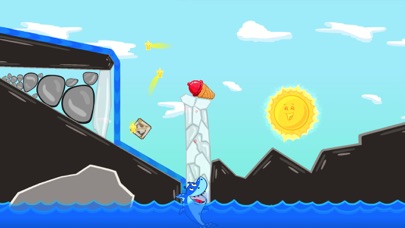 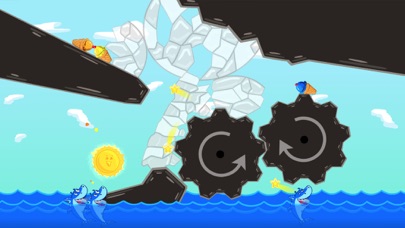 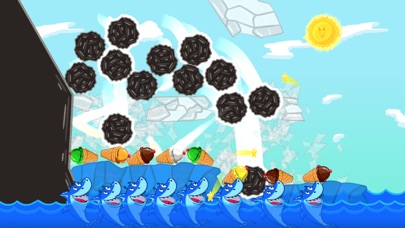 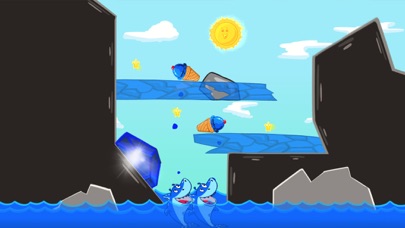 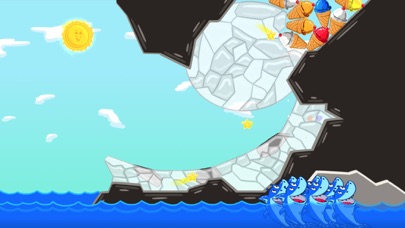 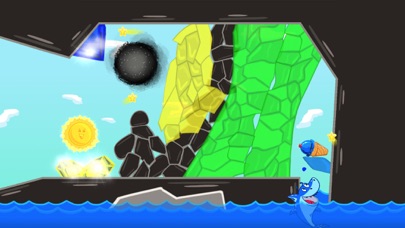 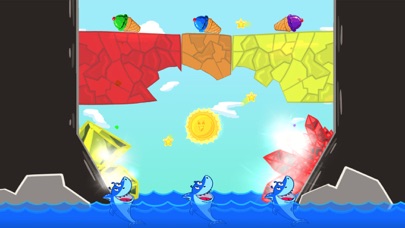 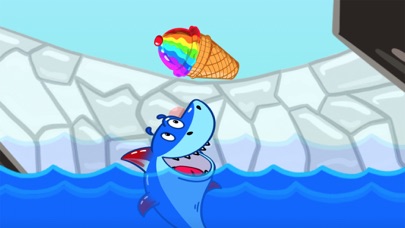